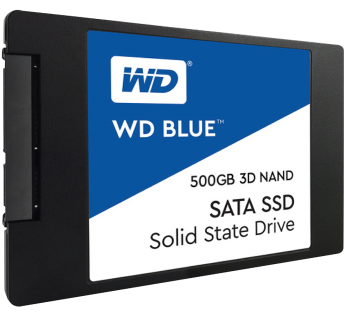 Your biggest adversary is no match for your closest ally: WD SSD. Get in the game fast with a drive that kills load time. Win the battle against slow load times. Get in fast with ultra-quick WD SSDsand dominate your opponent before their boots hit the ground. WD SSDs are optimized for multitasking, so you can run several demanding applications all at once. WD Black NVMe SSD: Crush load times and unleash a new level of performance with a WD Black NVMe SSD, featuring read speeds up to 3400MB/sand write speeds up to 2800MB/s. WD Blue 3D NAND SATA SSD: Destroy the competition with an SSD enhanced with Western Digital 3D NAND technology, capacities up to 2TB, sequential read speeds up to 560MB/s, and sequential write speeds up to 530MB/s. WD Green PC SSD: Bolster your PC with upgraded speed and reliability, featuring transfer speeds up to 540MB/s and capacities up to 240GB.

The WD Blue 3D NAND SATA SSD utilizes Western Digital 3D NAND technology for capacities up to 2TB with enhanced reliability. Featuring an active power draw up to 25% lower than previous generations of WD Blue SSDs, you’re able to work longer before recharging your laptop, while sequential read speeds up to 560MB/s and sequential write speeds up to 530MB/s give the speed you want for your most demanding computing applications.

Energize your next journey

Improve your load times to get in the game faster with a WD Blue 3D NAND SATA SSD. Available in 2.5 inch 7mm and M.2 2280 versions, WD Blue SSDs come in models to fit most laptops and desktop PCs. And with storage optimized for multitasking, you can keep up with elite players while live streaming your in-game exploits at the same time.

No Review Yet Write a review 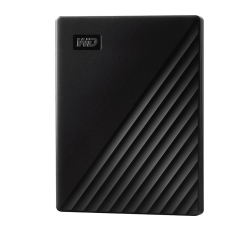 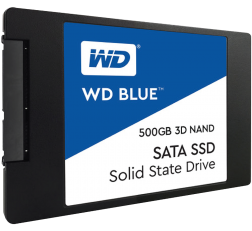 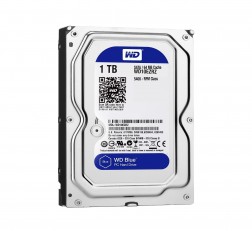 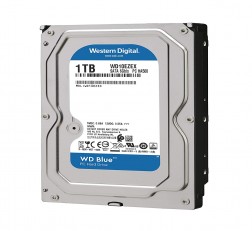